As part of the lead-in to our interactive display project for Design Iterations, alongside the poster brief we have been experimenting in the Processing environment. Processing is a programming environment and language (very similar to Java) which is aimed at visual programming / arts based projects. We are going to be using this tool in the creation of our displays, utilising some of the camera-interaction features available to its users.

As an introduction to Processing, we’ve been making simple programs to learn the basics of drawing things to the canvas, such as basic points, lines and shapes. We’ve also had a bit of a refresher on the very basics of programming such as if statements, for loops and other fundamentals.  As an example, here’s a small sketch I produced which simply generates a grid of squares which vary in colour and opacity every frame. 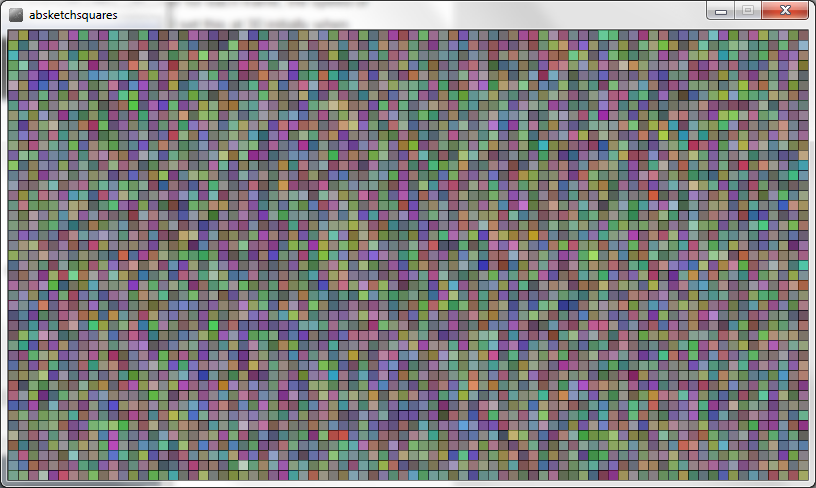 I aim in the coming days and weeks to explore Processing and its capabilities in a more in-depth fashion, and hope to create more complex sketches with it. I look forward to experimenting with new features such as the camera-interaction side of things as well as getting stuck into some more lengthy coding in the environment. I think this will be a very useful tool for the work I want to create.